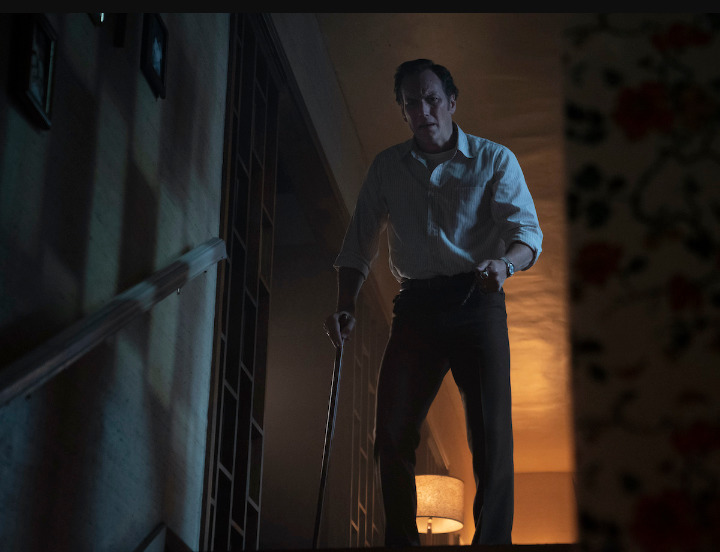 In exactly one month, The Conjuring: The Devil Made Me Do It arrives in theaters and on HBO Max, looking to continue the track record of success that’s seen the extended universe become the single highest-grossing horror franchise in history. It’s been five years since we last saw Ed and Lorraine Warren, and the third outing for the paranormal investigators is also the first without James Wan behind the camera.

The Curse of La Llorona director Michael Chaves steps in for Wan, so at least he’s well versed in the Conjuring mythos already. The filmmaker has been touting The Devil Made Me Do It as the biggest and darkest entry in the series yet as well, while also promising that it’ll blow the doors off the haunted house genre, and fans will be hoping it lives up to such a lofty billing.

The narrative already has a unique twist in that it’s incorporating elements of the courtroom drama by adapting the case of Arne Cheyenne Jackson, who used demonic possession as the defense of his murder trial. It’s an interesting setup that should freshen up the formula a little bit, but the jury is still out on whether it can match the critical acclaim that greeted Wan’s duology, which hold strong Rotten Tomatoes ratings of 85% and 81% respectively.

We’ll find out soon enough, but as the marketing campaign reaches the final stretch, Warner Bros. have now debuted 20 new images from the pic, which you can check out below.

A hybrid release and the lingering effects of the Coronavirus pandemic on the theatrical industry might hold The Conjuring: The Devil Made Me Do It back from hitting the heights of its predecessors at the box office, but let’s just hope Chaves delivers a worthy sequel first and foremost.

Continue Reading
You may also like...
Related Topics:hollywoodreporter.com, The devil made me do it