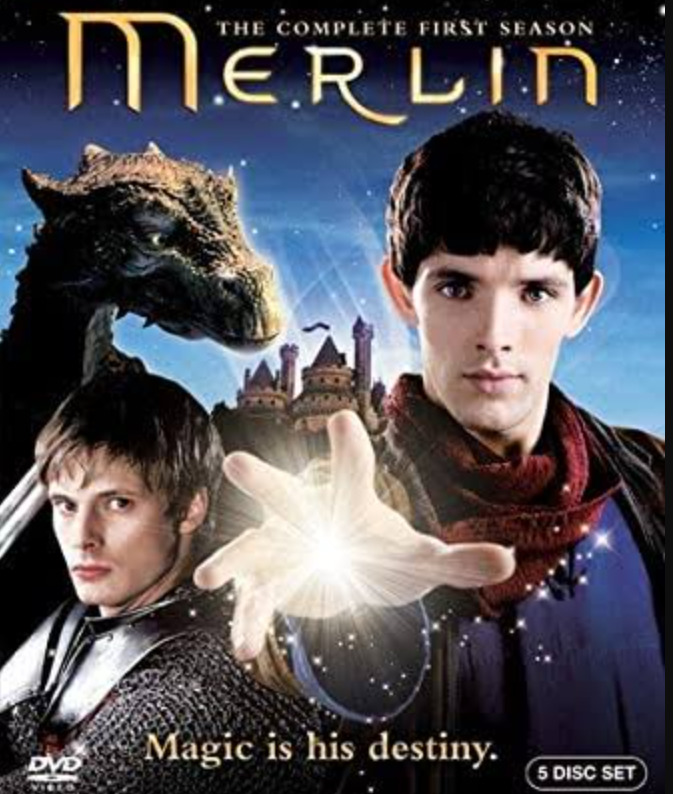 Merlin Season 5 is an action-packed fantasy-drama revisits the saga of King Arthur and his wizard, Merlin, by focusing on the two characters when they were ambitious young men struggling to understand their destinies.

A treasure chamber is unearthed beneath Camelot, the centre-piece being a glowing blue stone in the sarcophagus lid of Cornelius Sigan.

Arthur has been king for three years without incident, but now an expedition north to the land of Ismere, led by Gwaine and Percival, is captured by Morgana and fellow sorcerer Ruadan and set to work in the mines to locate a mystical key.

A search party headed by Arthur and Merlin goes after them, coming upon a village whose inhabitants have been massacred, A dying Druid warns Merlin of Arthur’s bane – a battle where the young king will be slain.

Ruadan’s daughter Sefa is a spy working as Guinevere’s maid, who warns her father of Arthur’s army heading for Ismere through the lands of his ally Queen Annis.

The group is thereby ambushed and Merlin and Arthur captured by Mordred, whom Merlin recognizes from the prophecy as being Arthur’s killer.

Ruadan rescues his daughter but is fatally wounded in the process. Merlin and Arthur are route-marched to Morgana’s wintry hide-out.

Mordred shows them some kindness but Merlin, having glimpsed the future, mistrusts him. Merlin and Arthur escape and arrive in the mines below the castle, where they free all the slaves and meet a spirit called the Euchdag, who is herself the Diamar, the “key” which Morgana had been seeking.

Mordred saves Arthur from Morgana’s attempt to kill him and is rewarded with a knighthood on the return to Camelot. Merlin remains wary despite the Euchdag telling him that Arthur’s bane is Arthur himself, not Mordred.

Sir John Vincent Hurt CBE was an English actor whose career spanned more than 50 years. Hurt came to prominence for his role as Richard Rich in the film A Man for All Seasons and gained BAFTA Award.

Bradley Michael James is an English actor. He is best known for starring as Prince Arthur in the BBC TV series Merlin, Damien in the Damien TV series, Varga in Underworld: